General context of the Project

The research proposal “Creation, cognition and society” (CCS) is based on the general assumption that to understand the function and functioning of art and creation in human societies we must study simultaneously their individual implementation as a specific type of perceptual, cognitive and emotive experience, the intrinsically social and historical nature of the pragmatic framing of this experience, and the materiality and the technique of works of art, the support of the image perceived by the viewer. The long- term horizon, which justifies such an ambitious outlook, is fourfold:

To meet the challenge outlined above, PSL is the ideal institutional context:

The defining characteristics of CCS

The CCS program is structured around three thematic lines of research and two structuring programs : 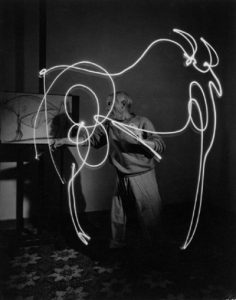 This first axis of CCS addresses the question of the creative process defined as a specific mode of cognitive experimentation and of its interactions with other modes of cognition. The stakes of creative experimentation are diverse – technological, social, political, ecological, …, as diverse in fact as those of the other human modes of cognition. The five proposals of this axis have one common characteristic: all of them experiment ways of bringing together the “experiential” cognitive mode of creation and the abstract “modelizing” mode of scientific cognition. This first axis has strong ties with the EA 7410 (SACRE) built around the PhD program of the art-schools of PSL, and more generally is organized around collaborations between “academic” research-teams and artistic practice (and training). 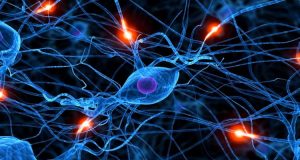 Whatever the material and ontological status of the outputs of creation they operate as such only if and when they are activated attentionally by bodily incarnated acts of perception and cognition. This is due to the fact that artworks (seen as artifacts or intentional events) are cognitive prostheses : their mode of being is that of specific cognitive operators and not that of “brute facts”. This implies that they are produced in a certain way and achieve specific effects, which opens the question of their relationship with other modes of cognition. The second axis of CCS regroups proposals addressing the one or the other of these two faces of the cognitive dimension of creation : how are the created products (objects, events) perceptually and cognitively activated? and : what are the cognitive characteristics of the creative process? Are they perhaps defining creative thought as such, whatever its domains and modalities? Is it possible to construct a “generic epistemology “of creation (see Schmid A-F, Hatchuel A (2014) On Generic Epistemology. Angelaki: Journal of the Theoretical Humanities 19 (2):131-144).

AXE 3 Society: The social framing of production, circulation and reception of arts and creative practices. 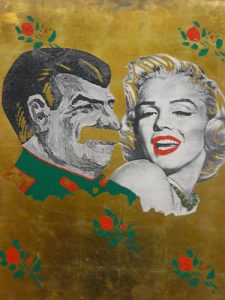 The production and reception of artistic and more generally creative devices are always social in nature, which implies hat they are always historically and culturally individuated. This means among others that, like any other social practice, they are embedded in the relationships of power and domination characterizing the society in which they are created and received. On a collective level this manifests itself in the fact that creation and reception of artistic devices are always structured by socially shared representations and norms. In societies with complex power- and dominance relationships there generally exist several conflicting sets (along lines of social class, genre, ethnicity, and so on) of such shared representations. On the level of the individual acts of creation and reception these shared cognitive schemes, evaluating norms, etc. operate as top-down representations possessing a structuring function in the creative process (as norms for example) as well as on the level of reception (for example as schemes of interpretation or acquired preferences).